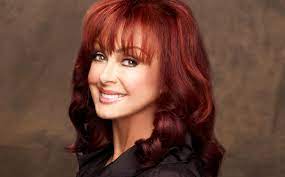 If you or someone you love are having feelings of suicide, call the National Suicide Prevention Lifeline at 800-273-8255

As we all have learned on April 30th, one of Country music’s most beloved performers, Naomi Judd, passed away. As it has been widely reported, her daughters shared that she lost her battle with mental illness. Today, on Good Morning America, Ashley Judd how her Mother died and that she had found her. What incredible emotional strength it took for Ashely to do that interview with Diane Sawyer. Personally I’m glad that the Judd sisters are speaking out regarding their Mom’s death and her struggle with mental illness. Only when people talk opening just as they would with any other illness will we really start to breakdown the stigma regarding mental health challenges.

I was deeply honored to be able to speak with Naomi a couple of years ago for the Fresh Hope for Mental Health podcast. She graciously recorded an interview with me that, until now, has gone unpublished. We’ve chosen to release this interview now, not to capitalize on her passing, but rather to honor her strength and help others realize the common challenges that those with a mental health diagnosis must overcome.

My conversation with her was one of honesty, transparency and hope. She was willing to be vulnerable and share details of the traumas she experienced early in her life, of which there were many. Her innocence, trust and security were abused more than once, if not stolen altogether, and it would be years before she had the resources or support to process all of it.

In my work with Fresh Hope, we call these traumas “heart wounds.” These kinds of painful experiences can cause a person to feel profound shame, making them prone to facing their deepest struggles alone. They’re wounded and weary, anxious and exhausted. It’s so important to develop tools that can help a person process and begin to find hope and healing. When they don’t have that opportunity, it can make living well nearly impossible.

When I asked Naomi what motivated her to push through the pain of her youth for as long as she did, she didn’t hesitate in responding that it was her daughters. “You have to have a meaning, a purpose, something to get out bed for,” she shared. “It was my two little girls. They knew we were poor; they knew we weren’t like other people, but we had joy and we loved each other.”

In recent years, Judd was candid about her battle with suicidal thoughts, debilitating anxiety and the ups and downs of her mental health struggles. Not as many people know that while a single mother, she pursued a nursing degree with the intent of finishing with a medical degree and becoming a doctor. It was her daughter Wynonna’s talent for singing that led them to Nashville where, as we know, their lives took a very different, very successful turn.

Still, her intellect and aptitude for science led her to learn more about the role that genetics plays in a person’s mental and emotional wellness. She described to me the interplay of heredity (inherited traits that we can’t change), environment (how we were nurtured or not) and what she called “the hopeful part,” our choices.

In her case, genetics included a long family line of mental health problems and deep traumas, making it even more of an uphill battle to carry the emotional burdens of her early life. Having been placed in psychiatric hospitals three times, at one point she was told, “You’re going to have to work really hard to overcome this.”

She chose to do exactly that. Though Naomi’s life included some deep lows, she also had many wonderful years of “up seasons” as well. Those “ups” should be credited to the faith, hope and healing she pursued with fervency and the choice she made to fight back.

One of the things we talk about in our Fresh Hope groups is that hope is a choice. With God, you can take “wishful thinking hope” and make it sure and certain. We get to choose. Are we going to set our minds on being happy? Are we going to love ourselves and appreciate what we have? As Naomi said in our conversation, “One of the most important things I’ve realized is that we’re all in this together. It’s not what happens to you, it’s what you do with it.”

Although it may seem tragic, there’s a lot of hope in Naomi’s story. If you’re suffering, I want to challenge you to seek the help you need and get involved in a support group. It can make a world of difference.

If you would like to hear the full conversation with Naomi Judd, please find the link for the interview here: https://podcasts.apple.com/us/podcast/naomi-judd-live-well-and-be-well/id906407226?i=1000559770889

Our hearts and prayers go out to Naomi’s entire family. May the Lord give you comfort and in the days and years ahead may you always know how much your Mom loved you both!

Brad Hoefs is a pastor, international speaker and mental health advocate who is passionate about coaching, inspiring and empowering others with hope no matter what circumstance they may be facing. He is best known as the founder and executive director of Fresh Hope for Mental Health, an international network of peer-to-peer Christian mental health support groups and resources.